Spirit Walk
You can move your body to the Spirit Underworld. You cannot be injured while being in this state, but your abilities to interact with the physical world will also be limited to just opening doors and windows, like in poltergeist cases.
Biography

Itz Ocelotl (means Obsidian Jaguar) hails from an ancient clan of Aztec warrior priests that engaged in sacrifices and blood rituals in return for abilities that surpassed those of ordinary people: longevity, superhuman strength, and endurance.

However, even supernatural powers could not protect them from the invasion of the conquistadors; gunpowder, treachery, and smallpox so those who survived fled.

In an ancient temple, hidden deep in the mountains, they performed a ritual to Tezcatlipoca for strength to resist foreign intruders and for immunity to their thunderous weaponry.

The blood ritual was successful and endowed one, the fiercest and most savage of them all – a warrior called Obsidian Jaguar with the ability to become both invisible and invincible. But Tezcatlipoca also took something in return, and when a solar eclipse descended upon the mountainside, Ocelotl found himself transferred from 1531 to modern times.

His new life brought much confusion and difficulty: there were neither priests nor emperors, the temples were forsaken; sacrifices no longer made, and the Empire was in ruins.

But there was something Ocelotl did find familiar. Survival games, where the losers are sacrificed to the gods, were well known to him as he had regularly been a participant. The weapons had changed but the hunting skills and killer instinct remained the same while his new powers, a gift from the gods, came in rather handy. 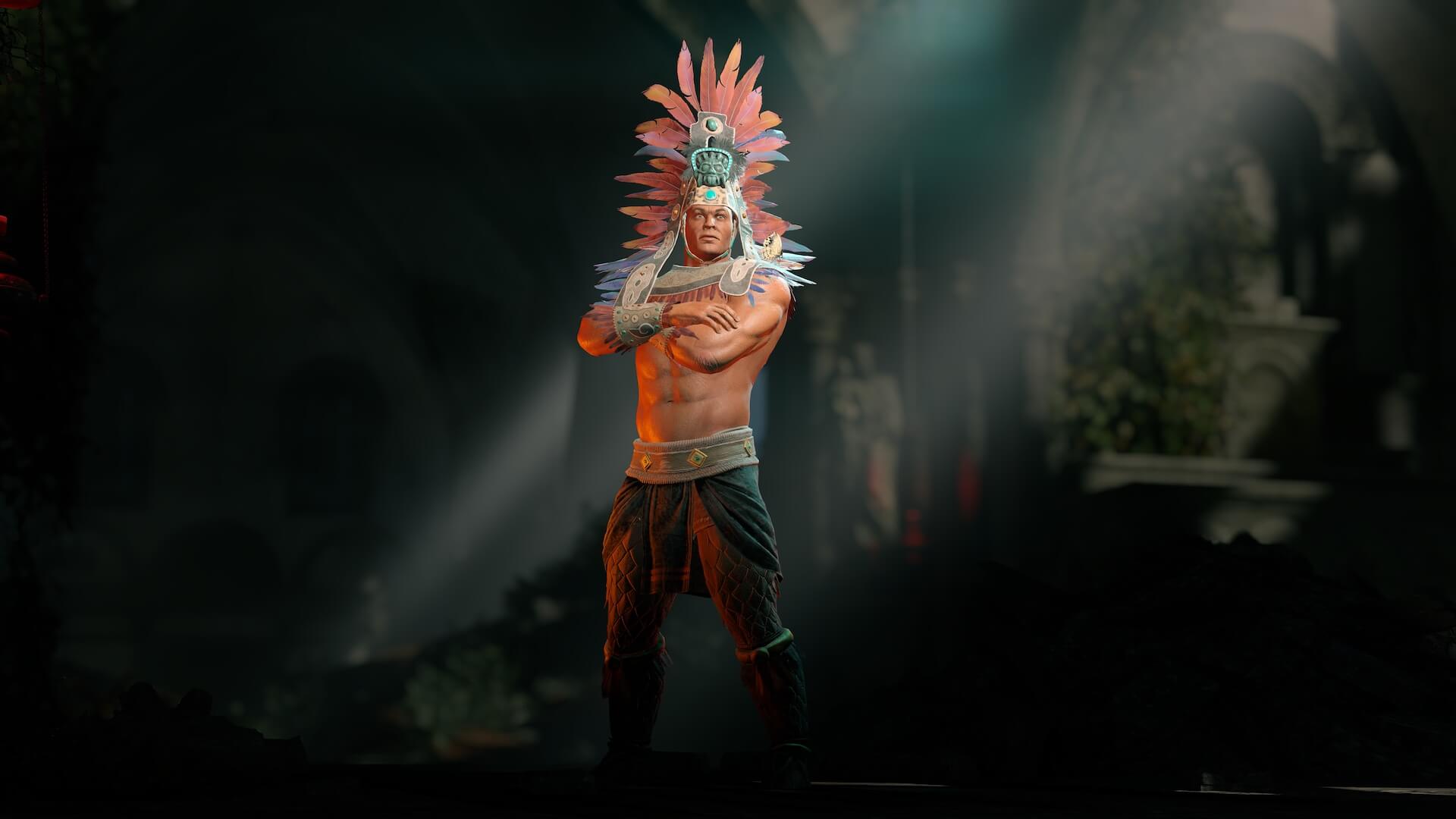